What is considered Low Glycemic? 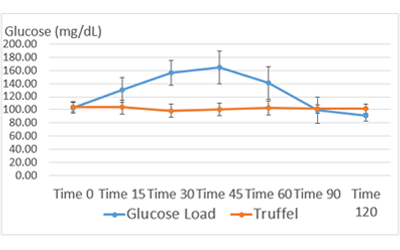 About The Glycemic Index

Since 1970, even though Americans have dutifully reduced the percentage of daily calories from saturated fat, the obesity rate during that time has more than doubled, diabetes has tripled, and heart disease is still the country’s biggest killer.

A 1997 study in the Journal of the American Medical Association evaluated 65,000 women and found that the quarter of women who ate the most easily digestible and readily absorbed carbohydrates—that is, those with the highest glycemic index—were 47 percent more likely to acquire diabetes than those in the quarter with the lowest average glycemic-index score. (The amount of fat the women ate did not affect diabetes risk.) A 2007 Dutch study of 15,000 women published in the Journal of the American College of Cardiology found that women who were overweight and in the quarter that consumed meals with the highest average glycemic load, a metric that incorporates portion size, were 79 percent more likely to develop coronary vascular disease than overweight women in the lowest quarter. These trends may be explained in part by the yo-yo effects that high glycemic-index carbohydrates have on blood glucose, which can stimulate fat production and inflammation, increase overall caloric intake and lower insulin sensitivity.

With these findings as a reference point, we developed and tested at Albany Medical Center, the efficacy of a dark chocolate truffle that would not only be made from organic ingredients but also provide our valued customers with a low glycemic alternative to conventional chocolate that tastes delicious.

A summary of our research to determine the Glycemic Index of Raw Amour Low Glycemic Chocolate Truffles.

The Study was conducted January-February, 2016 at the Albany College of Pharmacy and Health Sciences. A journaled report was published in the Journal of Global Diabetes and Clinical Metabolism, July 2016.

The glycemic index (GI) was developed in order to quantify the variation in rates of absorption of carbohydrates (CHO) into the blood stream. Foods with a high GI produce a higher peak blood glucose response during the first two hours after consumption than do foods with a low GI.

The protocol and all methods employed were recommended by recognized international authorities at the Glycemic Index Methodology Conference, fully complies with international protocol ( ISO 26642:2010,) and meets all FDA criteria for low-glycemic labeling .

Twelve healthy volunteers were recruited for the study

Using a finger-stick, the blood glucose level was measured at 15 minute intervals over 2 hours

One week later the subject returned. The same protocol was repeated the only difference being that 70 grams of Raw Amour Low Glycemic Truffles (which contains 25 grams of CHO and equals 7 truffles) were consumed rather than glucose in water.

One week later the protocol was repeated using the glucose solution

The graph below depicts the test results. The average peak rise in glucose level after truffle administration was 5 mg/dl compared to an average glucose increase of 67 mg/dl when a glucose in water solution 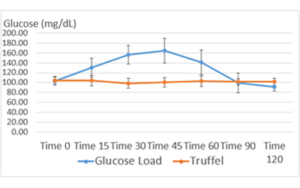 THE BODY DOES NOT RECOGNIZE OR PROCESS RAW AMOUR LOW GLYCEMIC TRUFFLES AS A CARBOHYDRATE.